Wil had a quiz to study for last night. We decided together that he would study while Katherine was at CrossFit. If Wil comes along to CrossFit for a task such as studying, we typically go to Bigby Coffee and he gets a hot chocolate with sprinkles. After a few sips, some silliness and conversation, we get down to the business at hand. Last night he said no to Bigby.

“How about McDonalds. You can get a chocolate shake, then we’ll study for your quiz.”

When we arrived at McDonalds, we had an hour until we needed to be back to pick up Katherine. Wil made a quick scan of the play area. It was empty.

“Ok, let’s order your shake first.” We walked up to the kiosk. He squinted.

“Put on your glasses, Wil.”

“Here, just try.” I handed his glasses to him.

“Um, yeah silly. That’s why we like you to wear your glasses. You can see so much better.” He wears glasses for reading and occupational therapy, other than that he has no interest in them.

Wil made his chocolate shake order through the kiosk, reading every word on the kiosk proudly out loud.

After the order was complete, he pulled off his glasses, and headed toward the play structure, his arm extended back to me with the glasses.

After playing in the play structure with lots of “look at me’s!” two other young boys entered. The increased noise level was enough for Wil. He made a quick exit. I followed him with his shake. He picked a table in the main area and we took a seat.

“Here are your glassesWil. Let’s do a little studying now.”

The subject of the quiz was the Empire of Ghana. His teacher condensed the lesson for him. After we got through the definition of Mali, the Niger River and Mansa Musa, I asked him, “What was the major trading city when Mali was at the height of it’s power?”

“Wil, Justin Timberlake is a singer. He’s the voice of Branch in Trolls.”

“Yes, I love Trolls too, Wil. And Justin Timberlake is a really good singer, and dancer. But the answer isn’t Timberlake. Let’s try again. What’s the major trading city?”

“Ok, it’s Timbuktu. Can you at least say Timbuktu for me?”

“You are so silly. Do you want to watch a Timberlake video?”

We watched Can’t Stop the Feeling and True Colors. Then we got back to the quiz. I jumped ahead to the next definitions, we got through those fairly smoothly with the exception of mosque. He looked hard at the word and came out with “message.”

“Honey, you just had it right. Mosque. Say it again. Mosque.”

Then circled back to Timbuktu.

“Ok, Wil, what was the major trading city?”

“Can you at least tell me you will answer Timbuktu on the quiz?” 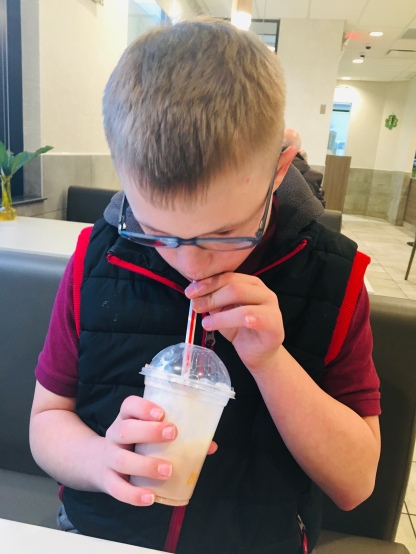