I’m not sure what grade I was in, but I do know I was quite young, when my classroom teacher placed a picture on each one of our desks. She casually asked the class to take a look at it, and then, after a few seconds, she asked us to flip the picture over so all we could see was the white back side.

I wracked my brain yet I couldn’t remember a single yellow detail. Not a one!

A few hands shot up, and I looked around dumbfounded. How could I have looked at that entire picture only moments ago, and not remember anything that was yellow? What else didn’t I see?

Though I didn’t consciously register it at the time, this was an “ah-ha” moment for me. I was beginning to realize that though I believed with every fiber of my being I had seen the entire picture, I was really only recognizing what I had chosen to focus on, whether consciously or not.

Some 40 years, a husband and 3 children later, I found myself rushing around the house on a Tuesday night. Katherine and I were to leave for taekwondo within the hour, dinner was cooking, Wil had a book to read to me, Katherine and Elizabeth were intermittently asking for help with their homework, and I was still yearning for a shower since teaching a 2pm bootcamp class. Once dinner and homework were successfully completed, I zipped across my carpeted bedroom floor, headed straight for the shower in the adjoining bathroom, the movie reel in my mind replaying the same hurried thoughts over and again. Then, just as I was quickly padding past my bed, the glint of something at the edge of the bedskirt caught my attention. My mind and body stopped fast in their tracks.

Time seemed to stand still in that moment, and I felt my entire body relax and I found myself laughing. I bent down, picked up that small, seemingly inconspicuous penny, squeezed it lovingly in my hand, turned my gaze up to the ceiling, and as my mind’s eye opened to a full picturesque view of the sky beyond that ceiling, I said aloud, “Thank you!”

I like to think of pennies as angel signs. Heavenly messages placed right in my path, found specifically in those moments when my head is turned down, my focus fast and narrow, as I speed walk through life, so many pieces of the picture passing me by, unseen and unrecognized.

I took a fresh, new look at the picture around me and where I was headed. I still had a very short amount of time to work within, but instead of feeling rushed, I now felt invigorated and energized. The reel in my mind was no longer repetitious, but reveling in the moment and looking forward to where we were going. Katherine and I breezed out the door and enjoyed a car ride to her practice full of conversation and laughs. My picture was getting brighter by the moment.

Nothing had changed except my view of the picture, and that is exactly what changed everything around me.

Positive thinking gets a bad rap. It’s easily misunderstood to be merely a change in attitude, when in its most effective form, it is a consciously made choice to shift our perspective and take a new and fresh look at the picture around us. About a year ago, I watched a video of a speaker who, because of a disability, has never been able to walk, so spends the majority of her day in a wheelchair. She was very candid about her situation, the many challenges she faces on a daily basis, and also, the way she is treated by others. I saw the world through her eyes, and looked at different parts of the picture I had never seen before. I appreciated all the new places she was opening my mind’s eye to. Then, at one point in her speech, she joked that positive thinking didn’t get her very far, she could smile at a staircase all day long, but that surely wouldn’t get her to the top!

The audience laughed, and her message was received, but to me, that is too narrow of a view to be considered positive thinking. In her example, she placed the staircase, the obstacle, in the center of her picture, and put her full focus on that. A change in attitude was not going to do a thing to change her situation when the obstacle is sitting front and center.

But, a shift in perspective, well, that could make all the difference.

When Wil was born, his diagnosis was a big, huge staircase plopped unexpectedly right in the center of my picture. I couldn’t see around it because that’s all I focused on, and reasonably so. First, I cried about it. It wasn’t supposed to be there! My son was not supposed to have this climb! I listened to my friends, and all the milestones their typical children were achieving. I saw how quickly their words came, how fast they went from crawling to teetering on two feet, and how they entered pre-school without the need for extra therapies, a teacher consultant, detailed progress reports and IEPs. I had a tall staircase to climb for my son and at first that was all I could see.

Then, as time went on, I knew I needed help up this staircase. It was too big an obstacle to handle on my own. I couldn’t continue to cry at its base and expect it to move, or blame it for being there, or even smile at it and hope with all hopes it would go away. I needed help figuring out how to climb it or get around it. So, though I didn’t know what I was doing, I put myself smack dab in the center of the picture by asking myself, what can I do to make this situation better?

They, too, had big staircases in their pictures. In fact, their staircases were a lot steeper and slipperier to climb than mine. They had diagnoses that came with Down syndrome, like heart defects and leukemia. These were the people that helped me see yellow in spades. Not because my life was less complicated than theirs, but because they opened my mind to so many more pieces of the picture. Because of their challenges, they have bravely traversed roads I never even knew were there. I don’t envy myself that I do not have their challenges, rather, I gain strength in knowing how high and steep they climb, every single day, when many of us a cursing stumbling upon a rock. And when they can’t climb, how they look and look to find a new road, or they work with all their might to plow a fresh one. And, most bravely of all, when they are stuck at the base, and simply do not know which way to turn, they lean on a friend, and together they march forward, bruises and all.

So, now, when I have a busy day and I forget to look up, or when life is hitting me much harder than that, I try my best to remember to stop, for just a moment, and flip the page over to the white back side and think about all the pieces I could be missing and where I am headed. Then, I flip that page right back to its Technicolor form, plant myself front and center, and make my way forward, eyes open wide, refreshed energized, alert to the yellow.

I don’t always remember to do that. I still have many days when I run through life with my head down, blinders on, that old movie reel in my mind playing the same things over and over. And, on those forgetful, black and white days, I’m thankful for the sparks of color that dot my path, such as my brave friends, the angelic trail of pennies, and my newfound positive willingness to step out of the shadow of the staircase, turn my head to the sky, and take in the vast Technicolor of this world. 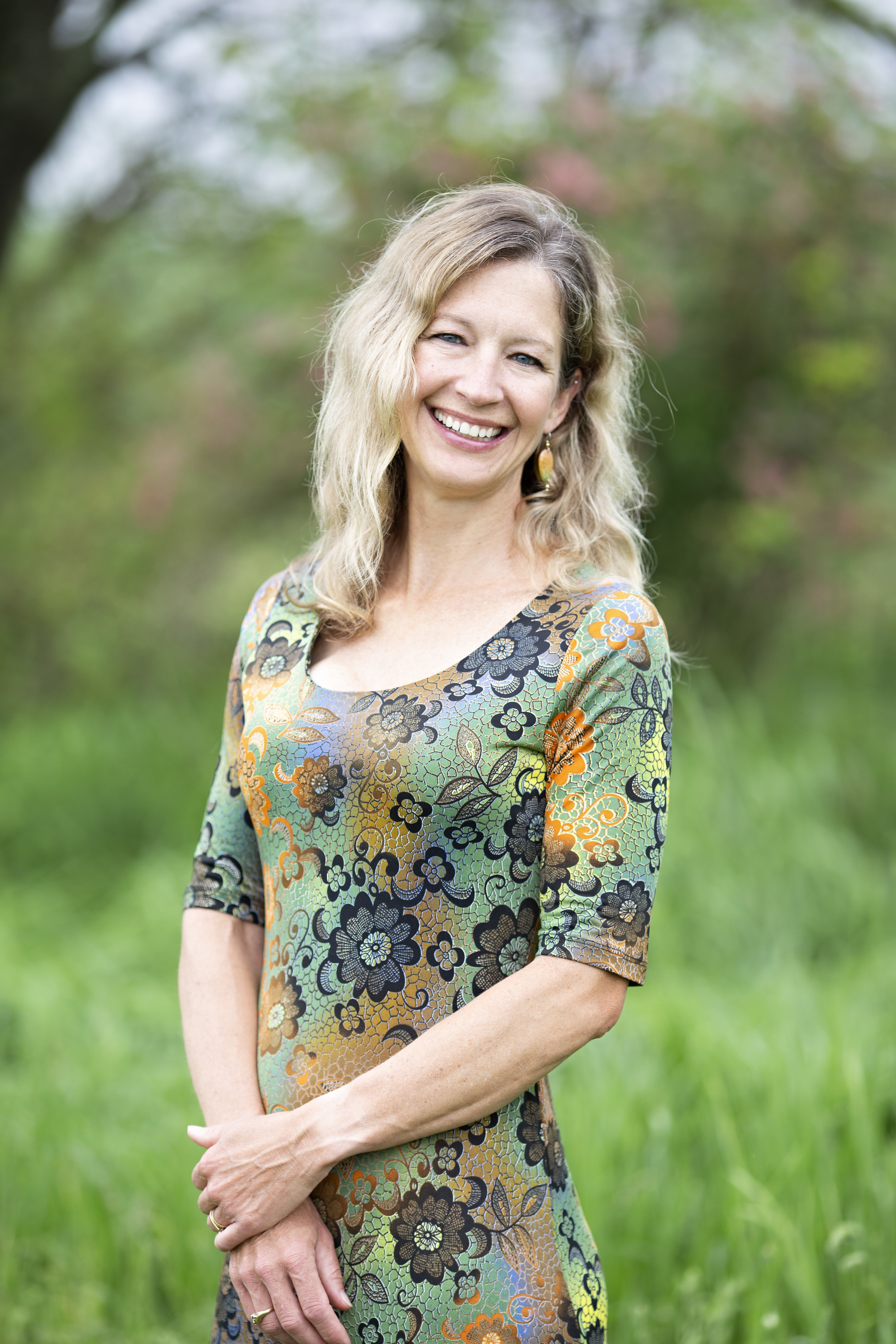 Wil loves riding his recumbent bike around our property. The challenge is I can’t fully trust he won’t go out to the road. And it’s a busy road.